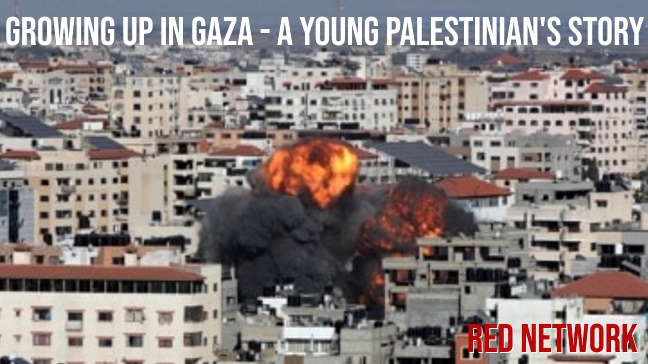 the story of one young palestinian man growing up in israeli occupied gaza city
Bahjat Ahmed writes about his experience as a child at the mercy of Israeli forces!

I grew up in Gaza city.

I was a stateless child, living with my parents, my uncle, his wife and children, and grandparents in a total of five rooms.

The water in Gaza is now undrinkable. It is contaminated and scarce, owing to Israel's brutal siege and bombing of infrastructure; it is causing death and disease.

Gazans also get just six to five hours of electricity most days, sometimes not getting any for a full 24 hours. Food insecurity is also high in the Gaza Strip. Farmers are not allowed to grow food on lands in or adjacent to the so-called "buffer zone" along the fence that the Israelis have established for "security" reasons. Approximately 30 percent of Gaza's agricultural land cannot be worked without severe personal risk, causing the loss of livelihood according to PCHR.

Fishermen are also unable to throw their nets freely, as the Israeli sea blockade does not allow them to fully use Gaza's territorial waters. My family's house in Gaza is 1.5km away from the border and we regularly hear Israeli tanks shooting at Palestinians.

Debris dominates the landscape in Gaza. The Israeli siege prevents construction materials from entering the strip, so after every Israeli assault, damaged and destroyed buildings do not get rebuilt.
The blockade not only prevents goods from entering the Strip, but also prevents people from leaving this open-air prison. Hospitals are lacking medicine and equipment and yet patients have to wait for permits from the Israeli authorities to leave for treatment elsewhere - many have died waiting.
Students who want to study abroad, explore the world and learn are also unable to leave, but "Alhamdulillah". We are patient and steadfast, because we have both Iman and Taqwa.

Thank you for reading my story.